Capricorn men are stubborn. When they leave someone, it totally depends on their mood and will if they are willing to come back or not? But no human being is heart less. At least you can try and learn how to get a Capricorn man back.

Capricorn doesn’t leave anyone for just no reason. They go only go when they feel that staying is not working out for them.

Usually they do it for betterment of both. But still if you want to win them back than

Try to be Apologetic

As we have already mentioned that Capricorn men don’t leave without a solid reason to move on. If you have offended them enough than sometimes a little quarrel can turn into good bye forever.

Try to apologize. Capricorn male don’t like stubborn people who make blunders at first point and don’t accept it later. So try to apologize for your mistake. It may melt their heart and they may think to join you again.

Show him that you have learnt your lessons

An apology without real change is nothing. Sooner or later you will do that blunder again that you did first time. So accepting what was wrong and changing it for better is actual thing.

Show Capricorn that you have learnt your lessons. When they will see you changed, they will definitely think well about you. And might even consider coming back too.

The only people whom Capricorn will listen to are his closed friends and family. When you are out of their league they might not give you chance to prove yourself or make your point. But if you are friends with his friends and family, you have chance to communicate through them. Try to involve his loved ones. And he may listen to them.

To be honest, a sudden patch up after final breakup is not going to happen. Capricorn doesn’t think emotionally. They take time to leave and may take double time to come back.

Their decision of leaving was not just a random thought. It was full fledge rational choice. So if you want to win them back. Give them time to think. They will analyze situation again. And who knows that they make up their mind to come back.

Capricorn men are not emotional fools. They are not going to take any pressure for any decision. Instead they will run away if you will pressurize them for coming back together.

Leave them for their own sake. They will take their time, think over their decisions and will decide with full mind and heart that they are coming back or not.

If a Capricorn man is gone from your life. Best option is let him go. He has gone for good reason. Going away was never an emotional decision. But if your heart still beats for them and you want to win them back at any cost. Try genuinely to win them back. And don’t be sure that even after your genuine try they will come back. It is all up to them. 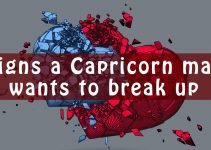 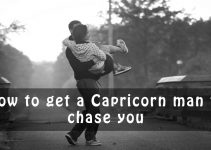 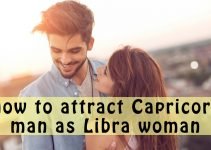 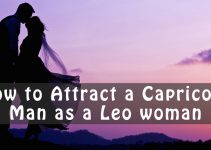