Capricorn men are wise, mature and introvert when it comes to show their feelings and emotions. Capricorn men do not withdraw from any relationship until there is a strong reason to do so.

Leaving behind is not their trait. Once Capricorns are fully committed, they will fulfill their promises. If they are not into some relationship there must be a valid reason for their backing off.

Why do Capricorn man withdraw?

They believe in giving their full potential to any relationship. And if they think they are not “enough” they will back off from relationship for both partner’s sake.

When Capricorn gives their hundred percent to relationship, they automatically want loyalty and appreciation in return. Constant criticism, can bring their moral down and they will literally feel anxiety. Capricorns put all their efforts and work hard to make relationships better. If someone will keep finding faults in their hard work, they will take it as insult, and will withdraw themselves immediately.

They can’t tolerate drama queens. And If there is drama on the way, trust us Capricorn is never going to act in it. They will simply withdraw and run away.

Capricorn men are soft hearted people. All their strictness and strength is their outside personality. Their inner is actually sweet and soft. Capricorn men get hurt with offensive behavior. They are not stubborn or immature. Our goats like to be pointed out in a reasonable and mature way. They have stamina and courage to accept their mistake. But tolerating insult or disturbing behavior is not their type. They get hurt and might withdraw themselves from such relationship.

Honesty is first brick to build the bond. No relation can survive for long without honesty. Capricorn men invest whole hearted in their relationships. And if they will find any dishonesty or disloyalty, they will withdraw from fake relationship and will never return back.

If Capricorn man will run away than it is totally up to his mood and choice to come back. Chances are, he will never look back. Capricorn people choose to forget about things that makes them uncomfortable. So once gone, consider him gone forever. As a whole they are people worth keeping and you should never loose a Capricorn man. 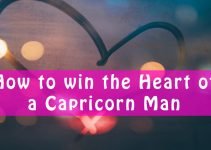 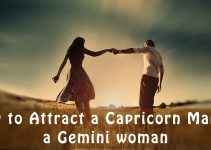 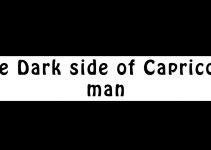